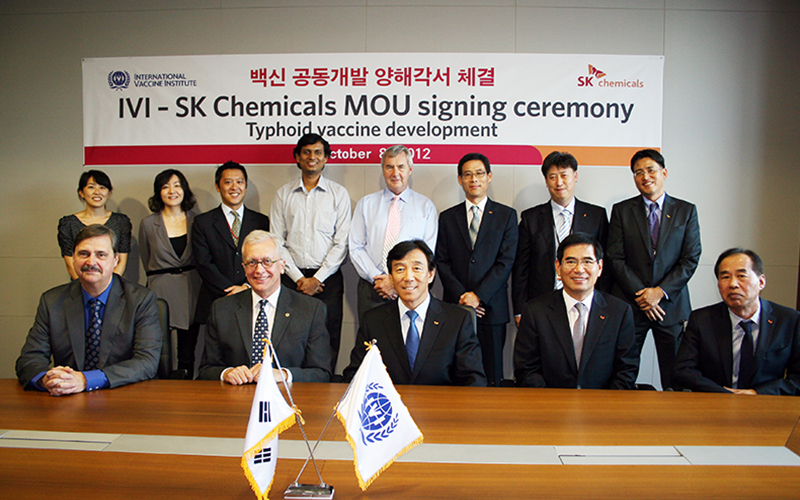 Enteric fever (commonly known as typhoid fever) is a bacterial disease caused by Salmonella Typhi. It is spread through the ingestion of food or drink contaminated by the feces or urine of infected people. It is usually characterized by fever, headache, constipation, and malaise, but it has few symptoms that reliably distinguish it from other infectious diseases, which makes it difficult to diagnose and treat. Symptoms range from mild to severe and can even result in death.

Because it is difficult to diagnose typhoid, estimates for the numbers of typhoid cases and deaths vary. However, up to 20 million cases of typhoid fever and 161,000 deaths yearly are estimated to occur worldwide. Like cholera, it occurs in low-income settings with poor sanitation & hygiene and a lack of clean water. Infants and young children in particular are at risk.

There are several typhoid vaccines on the market: the live oral Ty21a vaccine, mainly used as a traveler’s vaccine; the injectable Vi polysaccharide vaccine (Vi vaccine); and the Vi polysaccharide tetanus toxoid conjugate vaccines (2 licensed in India; multiple in development) with Bharat Biotech’s Typbar-TCV® prequalified by the WHO in late 2017.

IVI’s Typhoid Fever Program aims to accelerate the development and introduction of safe, effective and affordable typhoid conjugate vaccines to prevent and control typhoid in developing countries. We are using the experience and lessons learned from our work on cholera to accelerate the development and delivery of a new vaccine against typhoid. A public-private partnership approach with partners from South Korea, Indonesia, Bangladesh, and the Unites States is being used to make a new typhoid vaccine accessible and available to populations that desperately need it. 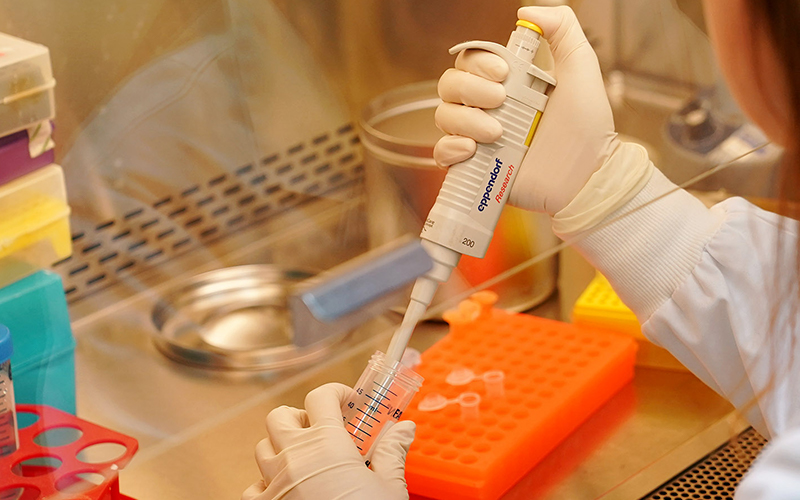 IVI has completed development of a typhoid conjugate which consists of the Vi polysaccharide purified from Salmonella Typhi chemically conjugated to diphtheria toxoid (DT). Compared with Vi typhoid vaccines, this new typhoid conjugate vaccine (Vi-DT) promises to protect infants under two years of age, as well as young children, against typhoid fever and provide a longer duration of protection.

IVI has transferred the technology for production and quality control of Vi-DT to three manufacturing partners and is working with them to complete the clinical development aimed at local licensure and WHO prequalification. The products from two partner manufacturers (SK Chemicals in South Korea and Biofarma in Indonesia) have completed phase I clinical trials, and phase II clinical trials will soon be underway. As with all of IVI’s vaccine technology transfer partnerships, global access agreements have been signed to ensure high quality, affordable vaccines for use in public-sector markets.

IVI has collaborated with the National Institute of Biological Standards and Control (NIBSC) in the U.K. and the WHO to evaluate a candidate international standard for human anti-typhoid Vi IgG using our in-house ELISA and commercial kit. IVI’s in-house ELISA has been evaluated as a non-commercial alternative for an ELISA kit, and will be further demonstrated in a following collaborative study. IVI has also developed a functional serum bactericidal assay that should help answer questions concerning vaccine efficacy and correlates of protection; and hopefully will simplify the pathway to licensure and WHO prequalification of IVI’s and other Vi conjugate vaccines.

Having three manufacturers of the typhoid vaccine will help ensure a sufficient and cost-competitive supply for the global market. The vaccine is expected to be licensed and WHO prequalified in readiness for global use as early as 2021.

A New Bivalent Typhoid Fever Conjugate Vaccine on the Horizon

We are also developing a conjugate vaccine to protect against typhoid and paratyphoid fever. There is reportedly a high burden of paratyphoid fever in South Asia.  Therefore. a single vaccine that can protect against both diseases would be extremely beneficial. IVI has developed new conjugation methodologies for the paratyphoid conjugate. A bivalent (typhoid/paratyphoid A) candidate has completed the preclinical phase, and although results were suboptimal, IVI will continue to further develop this and other products to combat paratyphoid.

With the recent recognition of the huge burden of invasive Non-typhoidal salmonellae (iNTS) in sub-Saharan Africa, IVI has plans to develop vaccines against two major serovars of iNTS (Typhimurium and Enteritidis).

Generating Evidence on the Burden of Typhoid 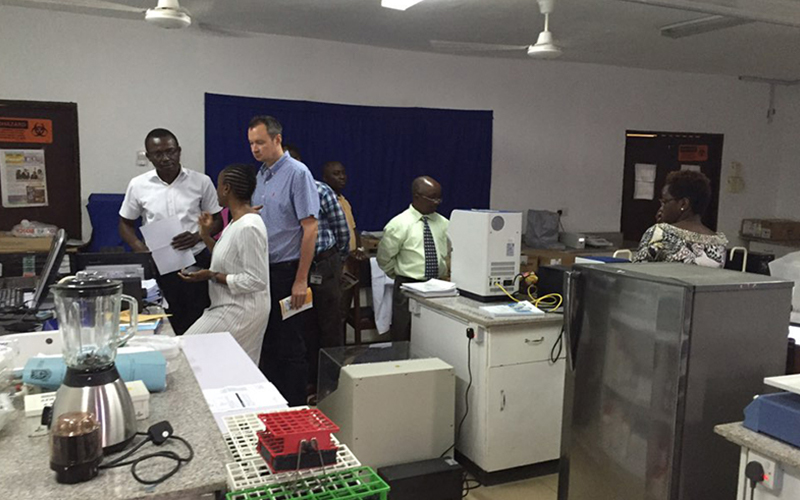 From 2011 to 2014, we conducted typhoid surveillance among a network of 13 field sites in ten sub-Saharan African countries through the Typhoid Surveillance in Africa Program (TSAP). While anecdotal evidence suggested that typhoid is a problem in Africa, there were limited scientific data to back up those claims. TSAP, funded by the Bill & Melinda Gates Foundation, was established to generate scientific data on the epidemiology of typhoid in Africa.

TSAP results have shown a significant burden of typhoid in Ghana, Kenya, Madagascar and Burkina Faso, yet non-typhoidal Salmonella infection may be more of a problem than S. Typhi, particularly in Plasmodium falciparum malaria-endemic settings. In addition, multi-drug resistance is a concern, and severe typhoid cases are seen in rural settings. Based on these findings, IVI is moving into the next research phase, which will look at the outcomes of severe typhoid cases in Africa – the Severe Typhoid in Africa Program (SETA).

SETA, supported by the Bill & Melinda Gates Foundation, will continue and expand the collection of data from the typhoid fever surveillance network established in TSAP. SETA will continue to collect standardized disease burden data from various sub-Saharan African countries, several of which were in TSAP.

SETA will also collect additional information on invasive Salmonella infections, such as long-term manifestations of illness and socio-economic burden. Samples will be collected from patients to measure their immune system response as well as to describe the carrier states of Salmonella infections. Evidence from SETA will continue to strengthen the case for prevention and control measures, including the introduction of vaccines against typhoid/paratyphoid and non-typhoidal Salmonella infections.

We gratefully acknowledge the Governments of the Republic of Korea and Sweden, and the Bill & Melinda Gates Foundation for their support.