Besides implementing programs for cholera, enteric fever, dengue, and MERS, IVI conducts research on hepatitis A and E, human papilloma virus, and tuberculosis; in addition to providing Asia-based support to partners in vaccine development for other diarrheal diseases (i.e.: rotavirus, shigellosis, and pneumococcal disease).

These are diseases that exert a high disease burden on global health and are of particular concern to countries in Asia and Africa. 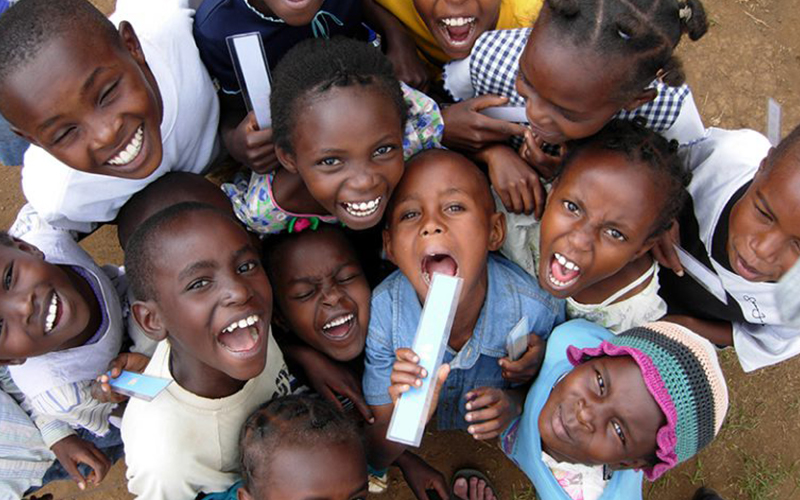 In 2018, IVI launched a Human papillomavirus (HPV) vaccine single-dose impact study in Thailand. Supported by the Bill & Melinda Gates Foundation, the study will measure the effectiveness of a single-dose of HPV vaccine administered to young women in Thailand, while also generating data on single dose effectiveness to inform global public health policy. This study will track and analyze the level of HPV vaccine protection in females vaccinated with a single dose of the vaccine for a period of 5 years.

HPV is the most common viral infection of the reproductive tract. Some HPV strains are harmless, but others cause cervical cancer, with HPV infection responsible for nearly all cases of cervical cancer. According to the World Health Organization, globally, cervical cancer is the fourth most common cancer in women with an estimated 530,000 new cases in 2012 alone and accounts for 7.5 percent of all female cancer deaths. It is estimated that more than 270,000 die from cervical cancer yearly, with over 85 percent of these deaths occurring in less-developed regions.

There are currently two safe and very effective licensed vaccines for preventing HPV infection: Gardasil and Cervarix. However, both vaccines are administered in a two- or three-dose regimen, which can be costly. Data on single dose effectiveness can be extremely valuable in informing the most cost-effective approach to HPV vaccination and global public health policy. If one dose is confirmed to offer sufficient protection, it could significantly reduce vaccine and administration costs, while increasing uptake to save more lives.

In 2017, IVI’s Vaccine Process Development Lab initiated a tuberculosis vaccine project. Supported by the US National Institute of Health, this project is aimed at the development of a TB vaccine using a Multi-Antigen Presentation System (MAPS) in collaboration with Boston Children’s Hospital. IVI’s other TB project, supported by the Korea Center for Disease Control and Prevention, is for the development of a TB vaccine in collaboration with them.

PROVIDE is a research study funded by the Bill & Melinda Gates Foundation that seeks to uncover the role of tropical enteropathy on the immune response to oral vaccines. Tropical enteropathy is a disturbance in the intestinal lining that makes it difficult for the body to absorb nutrition and is often observed in children from low-income countries. It has also been observed that children from low-income countries have a decreased immune response to oral vaccines compared with children from developed countries.

With India’s National Institute of Cholera and Enteric Diseases (NICED), the University of Virginia, and the University of Vermont, IVI has embarked on an observational study to see if there is a relationship between children with tropical enteropathy and those who do not respond well to oral polio and rotavirus vaccines. The study will also identify if maternal breast milk has a role in the child’s immune response to vaccines, how a child’s nutritional status is related to this problem, and if some children may be more likely than others to develop tropical enteropathy.

The study enrolled 372 infants at the hospital study site in Kolkata, India. All infants, as part of their routine immunization, received the EPI vaccines, as well as the oral rotavirus vaccine (Rotarix). For the polio vaccine, infants were randomized into two groups with one group receiving the injectable polio vaccine (IPV) and the other group receiving the oral polio vaccine (OPV). All of the lab tests were conducted at the IVI /NICED Immune-monitoring laboratory.

Preliminary analyses suggest there is a poor immune response to oral rotavirus vaccines with immunogenicity less than 40 percent. Furthermore, there appears to be a negative correlation between maternal breast milk antibody titers and the infant’s immune response to vaccination, suggesting that breast milk antibodies may interfere with the infant’s gut immune response. Other factors such as infant’s age at enrollment, maternal BMI, maternal zinc supplementation, and poor breastfeeding were associated with the child’s antibody response to the rotavirus vaccine.
Moving forward, the polio immunogenicity data and preliminary and secondary data analyses will be completed. Additional biomarkers will be tested to identify the interference of tropical enteropathy, as well as the role of gut homing cells as a correlate of protection in rotavirus infection.

Based on the PROVIDE data obtained so far, IVI has initiated work on developing a rotavirus conjugate vaccine. The process development and clinical immunology teams are now working together to develop a vaccine for developing countries.

Japanese encephalitis (JE) and Haemophilus influenzae type b (Hib) – both infections of the central nervous system that can result in severe neurological disease – are thought to have substantial incidence rates among children in the Democratic People’s Republic of Korea (DPRK; North Korea).

From 2007 to 2013, IVI led a program for the prevention and control of Hib and JE among children in the DPRK. The program focused on strengthening the country’s capacity to diagnose and conduct surveillance on Hib and JE and on helping the country to introduce modern vaccines against these diseases. IVI’s collaborating partners in the DPRK were the Academy of Medical Sciences (AMS), DPRK’s main center for medical research, and the Ministry of Public Health (MoPH). Funding was provided by the Ministry of Unification of South Korea, GSK, and Shantha Biotechnics of India. 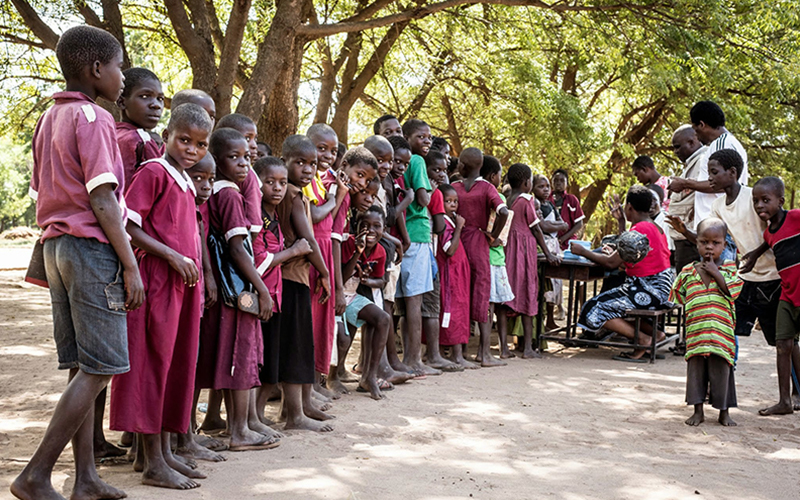 In 2011, with funding from SIDA, IVI initiated a TB vaccine field research program with the goal of establishing appropriate field sites for the clinical evaluation of new TB vaccine candidates as they become available for testing. Field sites were established in Kazakhstan, the Philippines, and Vietnam.

In Kazakhstan, the program evaluated the effectiveness of the BCG vaccination program and seasonal variations of TB incidence in Kazakhstan. This study was a retrospective birth cohort study comparing three different groups within the national TB vaccination database.

In the Philippines, the project has been funded by a Korean donor. The general objective of the study was to generate accurate epidemiologic data on tuberculosis in 9 communities in Santa Rosa, Laguna.  Of the 223 cases were enrolled in the program 43 cases presenting to the health care facility were positive of having at least one household contact with signs and symptoms of TB. The study continued until May 2011.

In Vietnam, the program reviewed the national TB control program and a summary of reported TB data from 1999 to 2008. To review the details of the TB program in Vietnam, a group of investigators visited the National TB Hospital in Hanoi as well as provincial hospitals and obtained relevant information and data. In summary, both notification rate (of all types of TB combined) and incidence rate of smear positive TB were summarized for each year based on a review of the 10-year cumulative data set. The overall incidence rate at the country level that was found from this exercise is consistent with that reported by the Vietnamese Government. Although the overall incidence rate had not changed over the previous 10 years, the risk in younger age groups appeared to have been increasing and the relapse rate of TB had also increased significantly in Vietnam.

In 2009, IVI launched the Meningitis in Niger Program with funding from KOICA. The program focused on the Tillaberi, Niamey, and Dosso regions and aimed to strengthen Niger’s capacity by providing training and technical support to local healthcare workers in the implementation of mass immunization campaigns and the generation of evidence on the safety and effectiveness of the vaccine. The project procured 400,000 doses of the meningococcal A/C polysaccharide vaccine and increased cold chain capacity to enable mass vaccination campaigns in the event of epidemics. In 2010, IVI used the polysaccharide and Group A vaccines to conduct a mass vaccination campaign in the Filingue district and the Tillaberi, Niamey, and Dosso regions.

In 2011, IVI conducted vaccination coverage surveys and surveillance of adverse events following immunization. The results were very positive – estimated vaccine coverage was 77.4% for the three regions where the campaign took place and minimal adverse reactions were reported. IVI also supported Phase III of vaccine introduction by providing technical assistance for an immunization campaign that took place from November to December 2011 throughout Niger. Additionally, IVI helped strengthen Niger’s capacity to control meningococcal meningitis through immunization by providing diagnostic kits and medical supplies to Niger’s Ministry of Health and by assisting in the construction of four cold rooms and two incinerators, which greatly improved the vaccine supply and storage chain.

From 2007 to 2011, IVI participated in PneumoNet -Wyeth Vaccines’ multi-country, hospital-based disease burden study in Asia designed to better understand the incidence of invasive pneumonia in children under five years of age in the Asia-Pacific region. This study was conducted jointly with Quintiles, Quest laboratories, and local hospitals in 4 countries: India, Indonesia, the Philippines, and Thailand.

By the end of 2011, PneumoNet had enrolled more than 20,000 children in the participating countries. Analysis of the data from these countries demonstrated consistently high rates of pneumonia hospitalization in each case study population.

As part of the Asian Rotavirus Surveillance Network (ARSN), IVI conducted disease surveillance, disease burden and incidence studies, and economic impact studies in Cambodia, China, India, Indonesia, South Korea, Laos, Mongolia, Sri Lanka and Vietnam. The automated, electronic data collection form which IVI created for rotavirus surveillance was adapted for use by the WHO in national rotavirus surveillance programs across Asia. In Cambodia, Laos, Mongolia, and Sri Lanka, the average rotavirus incidence rate across the averaged 43%. These data provided the foundation for estimating the national incidence or rotavirus diarrhea in these countries. In Australia, IVI worked with the University of Queensland to conduct molecular analysis of rotavirus strains. Data confirmed that continued rotavirus surveillance is critical both before and after introduction of rotavirus vaccines to monitor after the emergence of strains not covered by current vaccines. In Vietnam, IVI conducted the Phase 2 trials of Rotateq and phase 3 trials of Rotarix, two rotavirus vaccines now available on the market.

In total, 605,331 individuals were under surveillance in the study sites. 5% of all diarrhea cases were caused by shigella, with very high incidence rates discovered in Bangladesh and China. Based on the results of the disease burden study, shigella appears to be more ubiquitous in the impoverished countries of Asia than previously thought. The study also revealed a greater than expected diversity of shigella species. These findings have major implications for the design of new vaccines.

Cost-of-illness studies indicated that shigellosis imposes a heavy economic burden on both public-sector institutions and private households. Data from socio-behavioral surveys revealed that households consider their families at very high risk for the disease and regarded shigellosis as a very serious problem in children. These surveys found that there is a uniformly high demand for a vaccine against dysentery for children across study sites. Interest in adult vaccination varied more by location.

From 2009 to 2013, IVI carried out the Supporting Independent Immunization and Vaccine Advisory Committees (SIVAC) Initiative. In Kazakhstan, Kyrgyzstan, and Mongolia, IVI’s SIVAC team helped national health authorities establish their National Immunization Technical Advisory Groups (NITAG). NITAGs are multidisciplinary groups of national experts responsible for providing independent, evidence-based advice on immunization and vaccines to national policy makers. IVI provided technical assistance, workshops, and follow-up support in each country to guide the development of their NITAGs. The World Health Organization cites the establishment of a NITAG as an important goal in the Global Vaccine Action Plan.