The International Vaccine Institute (IVI), an international nonprofit organization devoted to providing vaccines critical to global public health and based in Seoul, Korea, has been awarded a US$5 million grant from the Bill & Melinda Gates Foundation to support the development of a Vi-DT typhoid conjugate vaccine in collaboration with its manufacturer, SK Bioscience Co. Ltd..

The grant will support the process development and scale-up activities at SK Bioscience in preparation for a Phase III clinical trial prior to licensure and World Health Organization prequalification of the vaccine. Specifically, the grant will cover the cost of the Chemistry, Manufacturing, and Control (CMC) activities and process-validation batch production for the Phase III clinical trial. The phase I study of SK Vi-DT has already been completed in the Philippines and the vaccine was found to be safe and immunogenic. The phase II study is currently underway in the Philippines.

“This grant will allow SK and IVI to complete all activities critical to low-cost manufacturing and WHO prequalification of the Vi-DT conjugate,” said Dr. Sushant Sahastrabuddhe, Director of IVI’s Typhoid Program. “Through the project, we aim to ensure global supply and therefore access of the vaccine at an affordable price for populations in low and lower-middle income countries.”

Typhoid is a bacterial disease caused by Salmonella typhi, which is contracted through oral ingestion of food or drink contaminated by bacteria shed by infected people. It is usually characterized by fever, headache, constipation, and malaise. However, it has few symptoms that reliably distinguish it from other febrile illnesses, which makes it difficult to diagnose and treat. Symptoms range from mild to severe, and can even result in death. Because it is difficult to diagnose typhoid, estimates for the numbers of typhoid cases and deaths vary, but an estimated 10- 20 million get sick from typhoid and 128,000 – 161,000 die annually, according to the WHO.

“Typhoid is a poverty-associated infectious disease. Like cholera, it strikes the impoverished and frequently occurs in low-income settings where there is a lack of access to clean water, and where sanitation and hygiene are poor. Infants and young children, in particular, are at risk,” said IVI’s Director General Dr. Jerome Kim. “IVI is proud to have developed a Vi-DT typhoid conjugate vaccine, and we will accelerate our collaboration with SK Bioscience to bring this vaccine to market and help achieve WHO prequalification; which will make it the second manufacturer of a TCV for the public health market.” 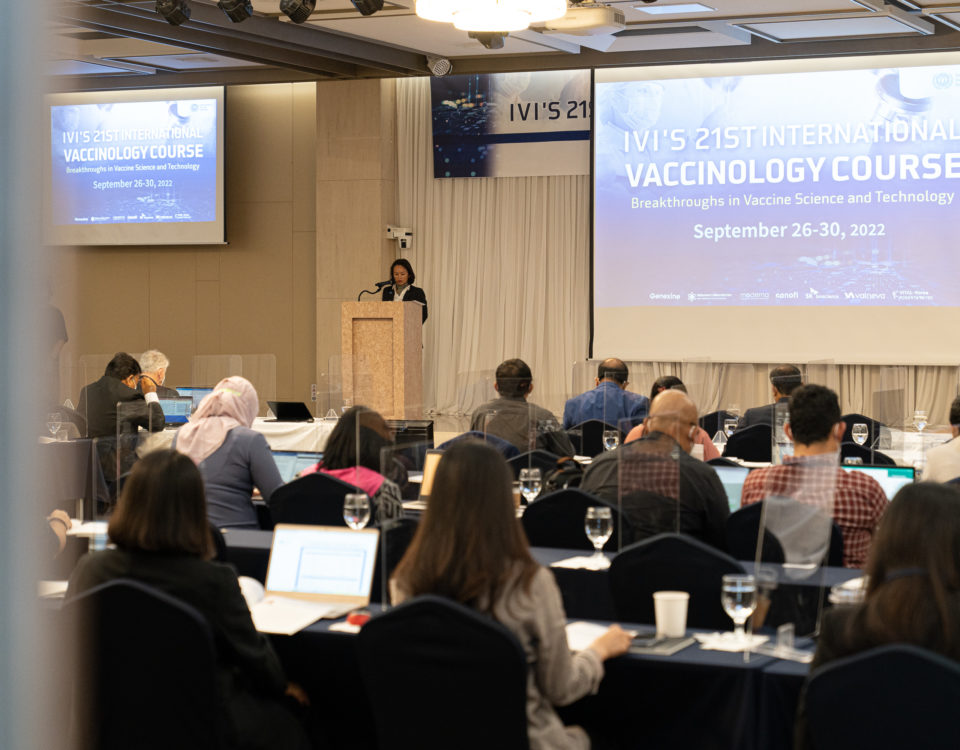