IVI and the People’s Republic of China

On 18 August 1997, China deposited an instrument of approval to the IVI Establishment Agreement.

IVI Board of Trustees

Beginning in July 2021, ECOVA-01 is a Phase 3 randomized, observer-blind, controlled trial to assess the efficacy, immunogenicity, and safety of Sinopharm’s BBIBP-CorV vaccine against SARS-CoV-2 infection.

ECOVA-02 is a phase 2, observer-blind, randomized study to assess the safety, tolerability and immunogenicity of heterologous prime-boost COVID-19 vaccines regimens in healthy adults aged 18 to 65 years in Mozambique. ECOVA-02 is a mix and match study using the Sinopharm and Johnson & Johnson vaccines.

ECOVA 01 and 02 are conducted in cooperation with Mozambique’s Instituto Nacional de Saúde (INS) and made possible by a $12.7 million USD grant from the Coalition for Epidemic Preparedness Innovations (CEPI).

In collaboration with Johns Hopkins University and Syracuse University, IVI is contributing to the development of a roadmap to identify the key remaining barriers to wider available and use of the HEV vaccine Hecolin® produced by China’s Innovax Biotech. As part of this project, IVI will identify and prioritize clinical evidence gaps to inform policy and meet requirements (SAGE, WHO, and country-level) for routine and emergency use, while also assessing the readiness of Hecolin® for WHO prequalification and the status of other manufacturers with HEV vaccines in their development pipelines. Work began in mid-2021 with the first meeting of the Policy Advisory Group and Technical Advisory Group. 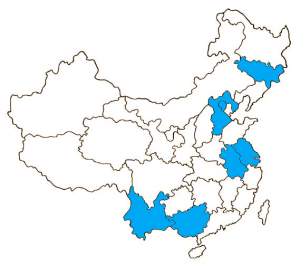 In 2001, IVI’s then lead scientist Dr. Xu Zhi Yi received China’s National Science and Technology Award(J-233-2-11) for his work on the Hepatitis A vaccine.