IVI thanks Rotarians for support at annual convention

IVI thanks Rotarians for support at annual convention 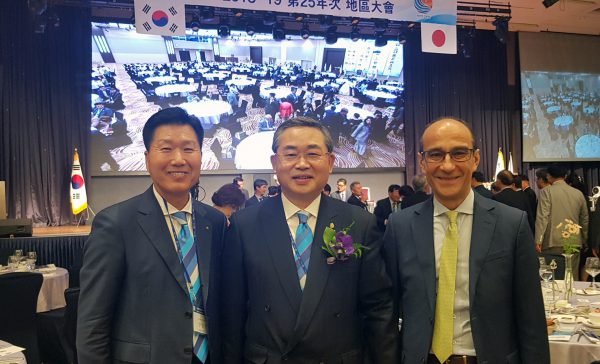 On May 17, IVI’s COO, Francois Belin addressed members of Rotary International District 3640 at their annual Convention in Seoul, Korea and thanked them for their important contributions.

IVI’s partnership with Rotary 3640 began back in 2016 with the signing of an MOU which brought about the Rotary 3640-led “Vaccines of Love” campaign, aimed at supporting joint vaccination projects with IVI in developing countries. Rotary District 3640 conducted a cholera vaccination campaign in Nepal in 2016 jointly with IVI and other partners, and supported IVI’s Japanese encephalitis vaccine project in Bali, Indonesia.

“Rotary International has been spearheading the Global End Polio Initiative, which is now close to eliminating polio,” said Mr. Belin. “It is hoped that the Rotary-IVI partnership will build upon this success to address other vaccine-preventable diseases such as cholera and typhoid. To this end, we look forward to Rotary 3640’s lasting friendship and partnership with us.” 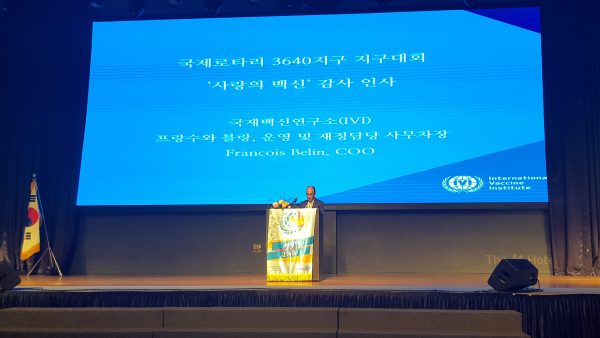 IVI is grateful for this synergistic, enduring partnership and friendship, and it is hoped that both parties will build upon this success to continue to address vaccine-preventable diseases far into our shared future.