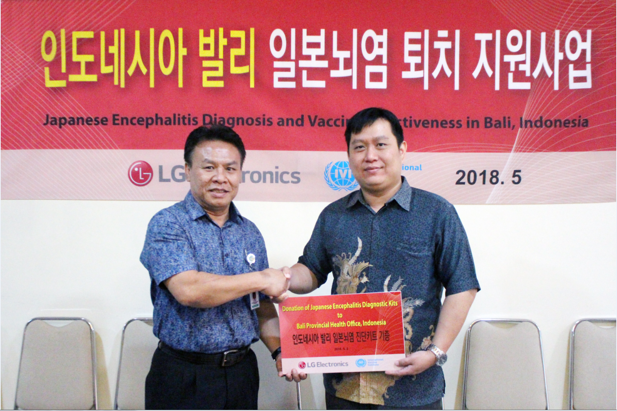 – To support JE surveillance to evaluate vaccine effectiveness following vaccination of 960,000 children in Bali by the Indonesian government

The International Vaccine Institute (IVI), in collaboration with the Bali Provincial Health Office (BPHO), LG Electronics and other partners, is supporting a project aimed at accelerating the introduction of Japanese encephalitis (JE) vaccine into Indonesia’s national immunization program to help save lives and protect the health of Indonesian children.

The Indonesian Ministry of Health purchased JE vaccines to conduct a mass vaccination campaign in 960,000 children under age 15 in Bali. LG donated JE diagnostic kits for four-year post-vaccination surveillance to BPHO through IVI to support the monitoring and evaluation of the vaccination campaign. These kits are essential for JE surveillance to measure both the effectiveness of the vaccine and the sustained health impact of vaccination in the target population. Vaccine effectiveness will be assessed via investigation of confirmed JE cases through household visits. The project will generate critical data and evidence for further immunization in high risk children throughout Indonesia.

Mr. Sugito Puspo Aji (right), Denpasar (Bali) Branch manager of LG Electronics, presents a donation plaque to Dr. Suwarba, chief of the JE surveillance project in Bali, Indonesia during a ceremony to donate JE diagnostic kits to the Bali Provincial Health Office (BPHO) to support monitoring and evaluation of the vaccination campaign and to determine vaccine effectiveness and health impact in Bali at BPHO on May 2, 2018.

IVI researcher Justin Im (second from left) discusses technical issues with Dr. Suwarba (left) from Shanglah Hospital in Bali and other collaborators while inspecting the ELISA reader donated by IVI and supporters during a visit to the laboratory at the Bali Provincial Health Office on May 2.

Collaborators and supporters of the Japanese encephalitis vaccine effectiveness study pose for a photo with local students, who were vaccinated during the Indonesian government’s mass JE vaccination campaign in Bali, Indonesia on May 3, 2018.

“These data are crucial to the Indonesian government when making the decision to expand JE vaccination to other parts of the country beyond Bali, and eventually introduce JE vaccination into routine immunization programs of other Indonesian regions,” said Dr. Florian Marks, head of IVI’s Epidemiology Unit.

Data and experience generated by the ongoing project will demonstrate the value of vaccination and could increase the support of and acceptance by community leaders and national decision-makers of further targeted childhood vaccination in Bali and other regions in Indonesia. The project is supported by the Export Import Bank of Korea, Kim & Chang, a leading law firm in Korea, and Rotary International District 3640, as well as by LG.

Japanese encephalitis (JE) is a neglected infectious disease caused by a mosquito-borne flavivirus. It is a public health problem in many countries in Asia, including South Korea, mainly affecting children. The clinical signs and symptoms of JE can be severe, with 10-30% of those infected dying from the disease and 25-75% of survivors suffering from long-term neurological problems such as seizures and mental disability. Children up to ten years old are at the greatest risk of infection. There is no treatment for JE and vaccination is the only public health measure to prevent the disease. Most highly-endemic countries, such as South Korea or Japan, have routine immunization programs for JE that protect the population. However, several endemic countries in Southeast Asia have not yet introduced immunization programs for their populations. 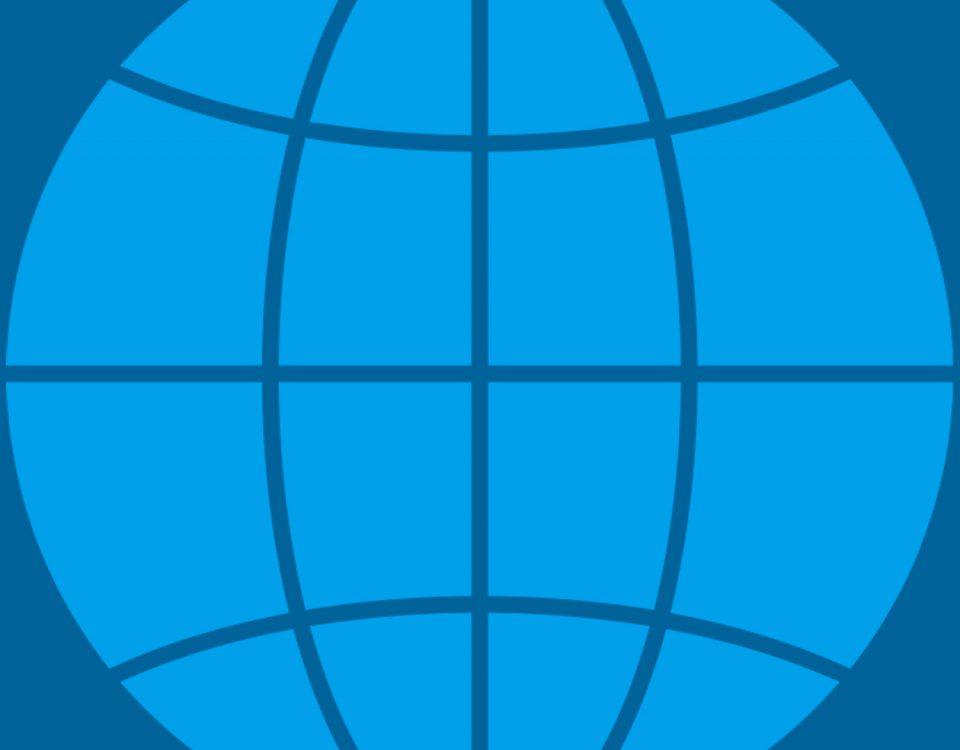