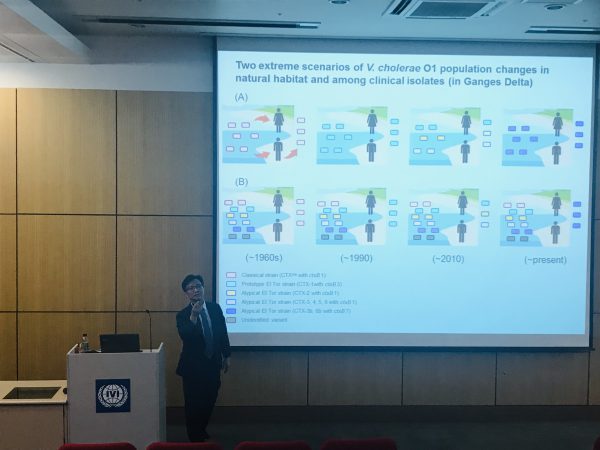 August 23, SEOUL, South Korea. In our seminar series ‘Present and Future of Vaccine Development’, we were happy to welcome our latest speaker: Dr. Dong Wook Kim from the Department of Pharmacy at Hanyang University. Based upon their insight into the genetic alterations in Vibrio cholerae strains, Dr. Kim and his team have been developing strategies to fight against cholera by using genetic engineering tools. During the seminar, they introduced and discussed the current progress in their laboratory.

Please find the complete abstract below.

Recently, Dr. Kim and his team have been developing strategies to fight against cholera by using genetic engineering tools. The current laboratory developments include: 1) cholera treatment without antibiotics, 2) developing improved vaccine strains, 3) cholera toxin production for adjuvant purposes, and 4) a potential phage therapy for cholera. 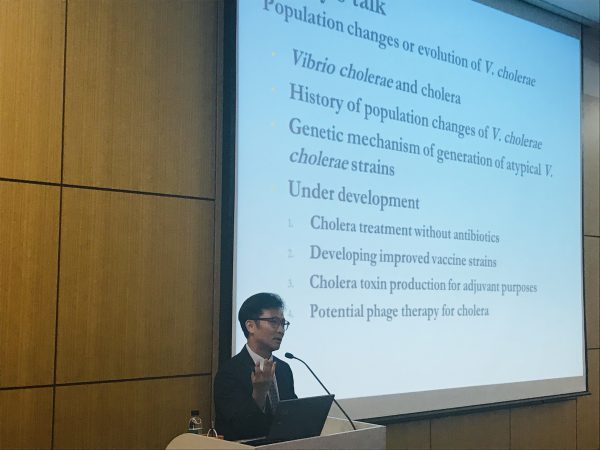 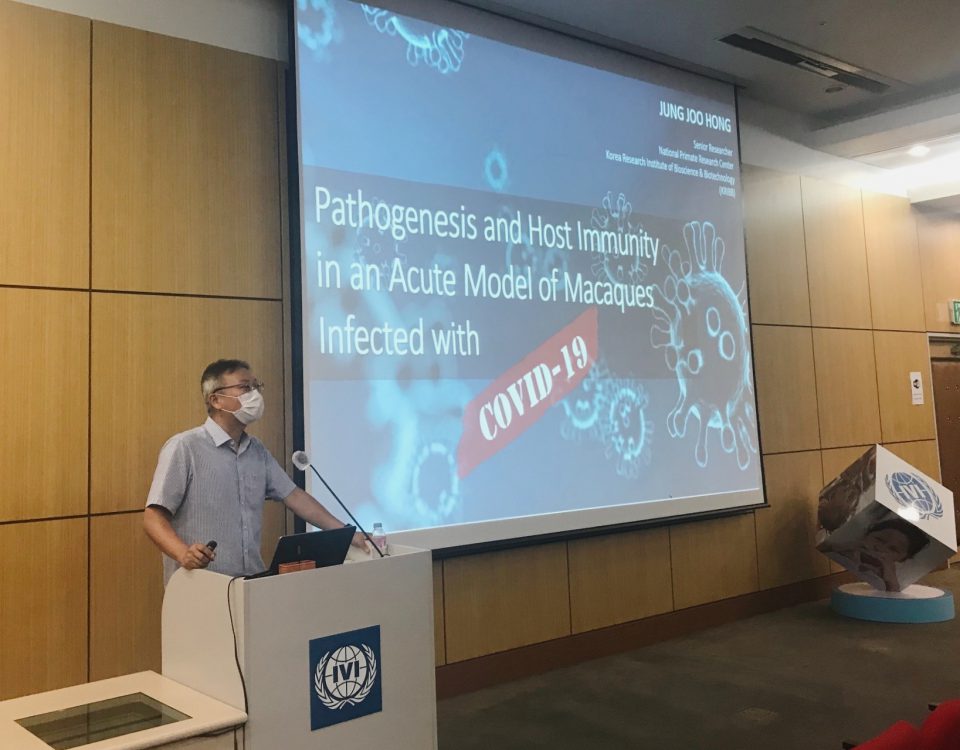 Dr. Jung Joo Hong gives a seminar at IVI on suitable animal models to study the immune response to SARS-CoV-2.