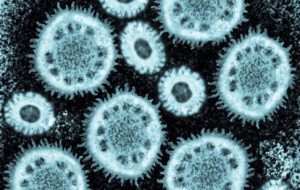 Outbreaks of Ebola, MERS and SARS have killed tens of thousands of people around the world. Diseases like these do not recognize national borders. We recently watched Zika leave the Asian continent and island-hop across the Pacific to Latin America. Few would have predicted that MERS, a disease originating in camels and found on the Arabian Peninsula, would create havoc in a distant, advanced economy like Korea.

Beyond the human cost and the burden of pain and suffering caused by these diseases, there is also an economic cost. The 2003 SARS epidemic is estimated to have resulted in economic losses totaling $40 billion, Ebola in West Africa some $6 billion, and closer to home, MERS in Korea $10 billion.

The tragedy is that some of this economic and human cost could have been avoided. The threat of emerging pathogens should not engender fear, but constitute a call to action.

Vaccine development is best undertaken before a crisis is upon us. Recognizing this, sovereign and philanthropic investors announced the establishment of the Coalition for Epidemic Preparedness Innovations (CEPI) in January 2017 at the World Economic Forum in Davos. To date, CEPI’s investors have collectively committed $620 million to advance promising vaccine candidates for target diseases so that they can be tested early in an epidemic. Earlier this year, CEPI issued a call for proposals to promote the development of vaccines against three priority pathogens, MERS, Lassa fever and Nipah. More recently, it issued a second call for proposals to develop vaccine platform technologies that will enable rapid vaccine development for new or previously unrecognized infectious diseases.

CEPI’s investors include Germany, Japan, Canada, Australia, Belgium, Norway, the Bill & Melinda Gates Foundation and the Wellcome Trust. The European Commission has announced an in-kind contribution of €250 million, while India, the world’s largest vaccine producer, is also a founding member. While this represents a great start, CEPI will need significant additional investment if it is to achieve its ambitious goals of identifying and prioritizing threats, supporting development of vaccines and vaccine platforms, and stockpiling vaccines against the outbreaks that will inevitably occur. Recognizing Korea’s growing expertise in vaccine development,  CEPI would welcome Korea joining the partners as an investor.

How would joining CEPI benefit Korea? Korean universities and biotechnology companies can and should compete for CEPI-financed projects. Having a seat at the CEPI table would place Korean at the forefront of the global emerging disease agenda and give it a unique opportunity for global leadership. Building on that global leadership, additional government investment locally could improve the competitiveness of Korean companies across the biotechnology spectrum.

Joining CEPI would present Korea with a unique opportunity to contribute to the world’s collective defense against emerging infectious diseases, embody its commitment to national and multilateral biosecurity, and enhance its contributions to global health, while strengthening and supporting its vaccine and biotechnology sectors.

• See the article in Korean as printed in the Kyung Hyang Shinmun, Korea’s leading daily: